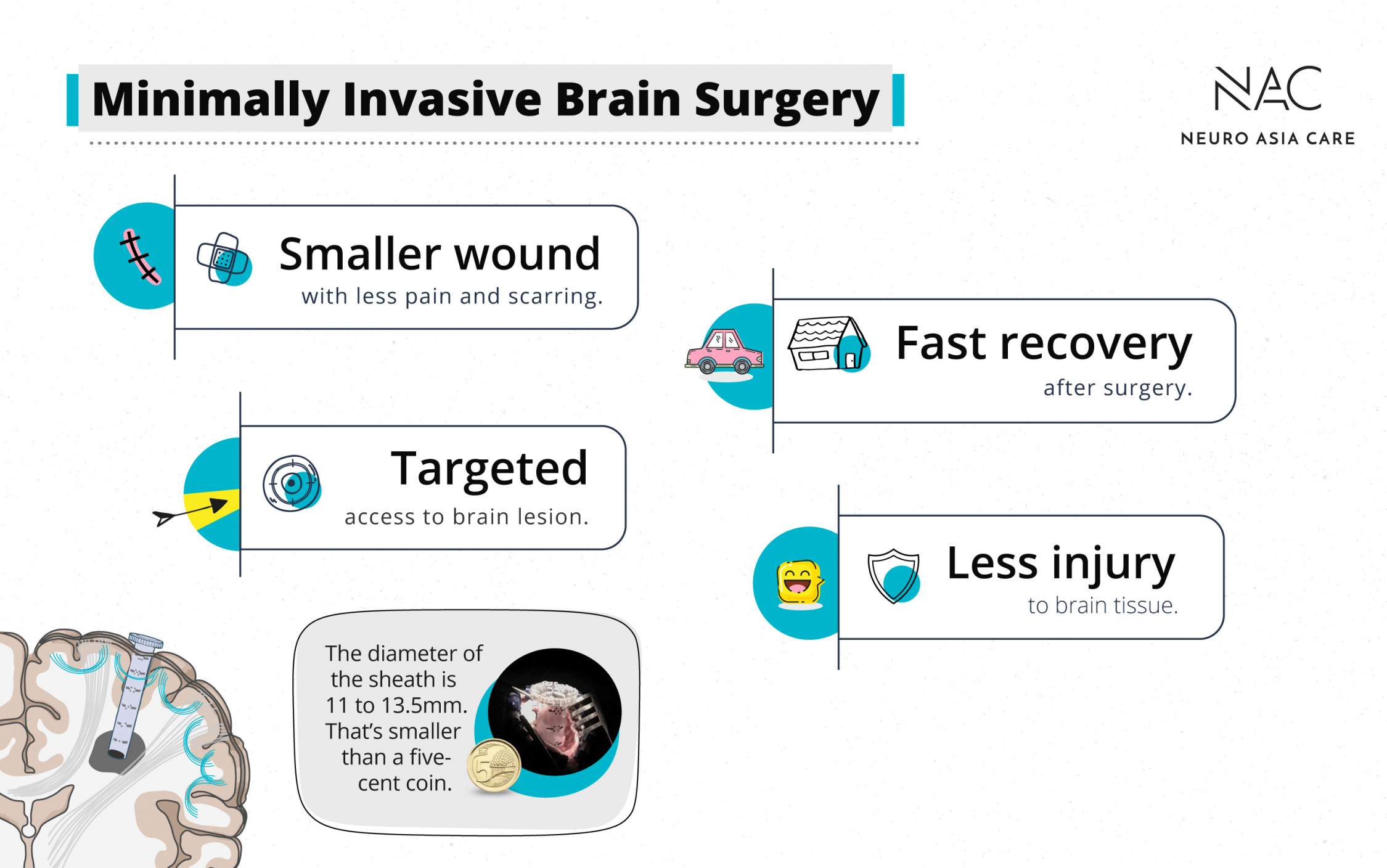 The brain is made up of a highly complex network of nerve fibres, akin to a series of interconnected tracks in the network that makes up an entire train system. If the fibre connections are disconnected, the function of the areas they are connected to, such as speech, vision or movement, will be affected. Disruptions can be caused not only by the tumour growth or blood clot itself, but also by surgical tools.

What happens in brain surgery?

In conventional brain surgery, to reach a tumour or blood clot which is located in an inner region deep in the brain requires cutting through at least some normal brain tissue. Cutting through the normal brain and the connecting fibres means increasing the risks of losing an important function. These additional risks from the impact of surgery itself often reduce, or even outweigh, the benefit of a surgery that (critically) needs to be done.

Has minimally invasive brain surgery been used before?

The concept of minimally invasive surgery has been around since the 1960s. In those years, delivery has been limited by the lack of appropriate surgical tools, advanced imaging, and ability to use computers to visualise brain anatomy.

Technological developments in the recent years have allowed neurosurgeons to perform brain surgery in a minimally invasive, safe and effective way. Currently available tools and software for minimally invasive brain surgery expands the type of tumours that can be operated on. In the past, these may have otherwise previously been considered inoperable or unsafe to be operated on.

Example of tumours that can benefit from minimally invasive surgery

Read more about how Dr Kon used minimally invasive approach to remove a tumour in the ventricles: External link

What are the risks of the procedure?

More in this category: « Awake craniotomy and brain mapping
Top